Write a paper about Starbucks:
-Company history
-Structure overview
-Statistics of the number of stores inside and outside America and the rate of increase and spread
-Company 's expenses, revenues, and annual profits
-Number of employees and average salary, lowest and highest
-The executive directors of the company throughout its history
-Objectives and strategies of the company
-How the company deals in its branches in countries that do not drink coffee so much such as India and China

Starbucks is considered as the biggest coffeehouse chain globally. Starbucks was established in 1971 and the first coffee store was opened in Seattle, Washington. In 1990 the company attained the growth and builds a new roasting plant. In the recent scenario, the coffee industry is considered as a rapid growing industry globally. The main aim of the Starbucks is to offer good quality of coffee to the consumers. In 1996 the company entered into the international market by opening stores in Japan. By the end of 2000, the company ventured into many countries from England to China to Australia with over 3300 stores. Starbucks aim is to give inspiration and develop the individual spirit with one person, one cup and also with one neighborhood at a time. 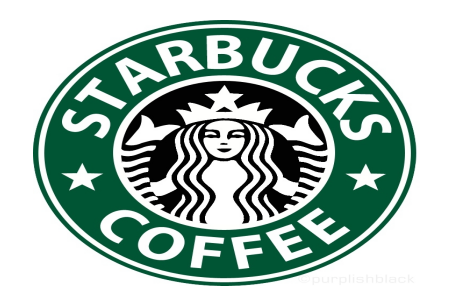 Number of employees and average salary, lowest and highest

Employees are considered as the greatest asset for the company. They support their employees and enhance the experience of the customers. The total numbers of the employees are 238,000 (2016). Salary is according to the position in the organization. Starbucks lowest salary is $7.63 to $10.63 per hour.   The average salary for the employee is $9.43 an hour while the average salary of the supervisor is $11.65 an hour. Highest salary is $51.956 of a store manager (Chua & Banerjee, 2013).

The executive directors of the company throughout its history

The directors of the company are:

Objectives and strategies of the company

The main objective of the company is to launch itself as a popular and respected brand globally. Also, it gives emphasis on the expansion of the branches all over the world. The new techniques, strategies, and goals are implemented so that the goals and objectives can easily be attained in an effective manner. The objective of the company helps to attain its mission every day.

The company considers various types of strategy that enhance the image in the market.

Countries that do not give preference to coffee

Starbucks adopted various strategies to deal in the countries where the preference is given less to the coffee. Like in China the company considered smart market entry strategy. The emphasis is given to enhance the visibility and traffic locations so that the positive impact can be on the brand image (Rajasekaran, 2015).  The next thing company considered capitalization on the culture of drinking tea of the Chinese consumers. The company introduced beverages using famous local components like green tea. This approach has given success and converted the obstacles into the favor (Masi, Dinnella, Monteleone & Prescott, 2015).

The consumers developed a taste for the coffee which has given enhancement in the operations of the activities. In India, various discounts and promotional strategies were adopted that has grown the consumption rate of coffee. This has created a market and Starbucks is considered as a coffee house that offers high quality of products. The company gives emphasis on enhancing the image of the company and also the satisfaction level of the consumers. Starbucks should provide good quality products, and then only the goals and objectives can be accomplished in an effective manner (Garthwaite, Busse, Brown & Merkley, 2017).

Schultz, H. (2012). Pour your heart into it: How Starbucks built a company one cup at a time. Hachette UK.