Select an artist who makes art addressing a topic of Social Commentary.
Research the artist and write a essay including a bio of the artist and describing the artworks and social commentary involved.

Artists reflect happenings in the society through the use of their work. Artistic works include music and drawings. The social commentaries made by these pieces of work have a significant influence on the society.  For instance, if a propaganda message is spread through the work of art, let’s say, for example, drawings, what will happen? There are several great artists in the world. As technology is improving, art is also showing some changes (Banksy & Martin, p.174).

Banksy is an England citizen who was born in Bristol in 1974. Banksy became famous in the 1990’s through his artwork. In fact, he is the subject in the documentary “Exit the Gift Shop” which was done in the year 2010 to examine the relationship between street and commercial art. Banksy began his artistic career in the 1990s as a graffiti artist where he used free hands to make drawings (I Remember When All This Was Trees, n.d.).

Banksy’s work themes include capitalism, hypocrisy, greed and political ideas. He makes use of the animal characters to present his social commentary. For instance, one of the leading arts of Banksy is called mobile lovers. The artistic work teaches of the technology obsessed people in the society. In fact, giving more time to their smartphones rather than their love. This is the case which happens in most families today. For instance, when you walk into several households, you will find people too busy on their phones, laptops or television sets. They do not have time for each other. 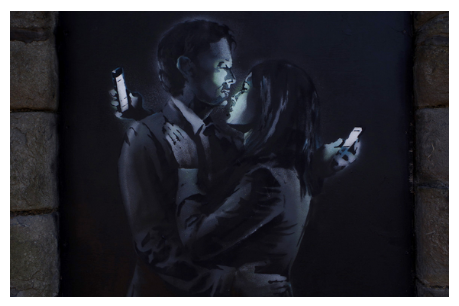 Another outstanding job of Banksy is known as “I Remember When All This Was Trees.” The picture depicts a young boy who is holding a red paint and a brush having written the words on the wall. The picture also shows destroyed word works which cover the ground all over. Through this piece of art, the artist is indirectly commenting on the destruction of the environment by human beings. This is a piece of work that Banksy created in the year 2010 (Relevant Magazine, n.d.). 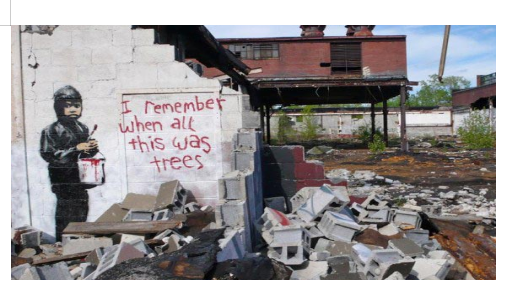 Through his work “The Girl with the Balloons,’’ Banksy gives hope to the Palestinian- Israel situation. The child is a sign of hope in the artwork. It portrays that in the future, the boundary which exists between the communities will be broken down by the coming generation which will bring peace. 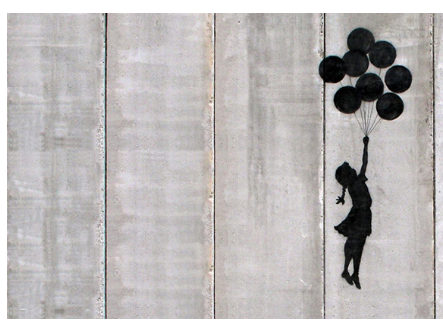 Banksy and Martin Bull. This Is Not a Photo Opportunity: The Street Art of Banksy. , 2015. Print.